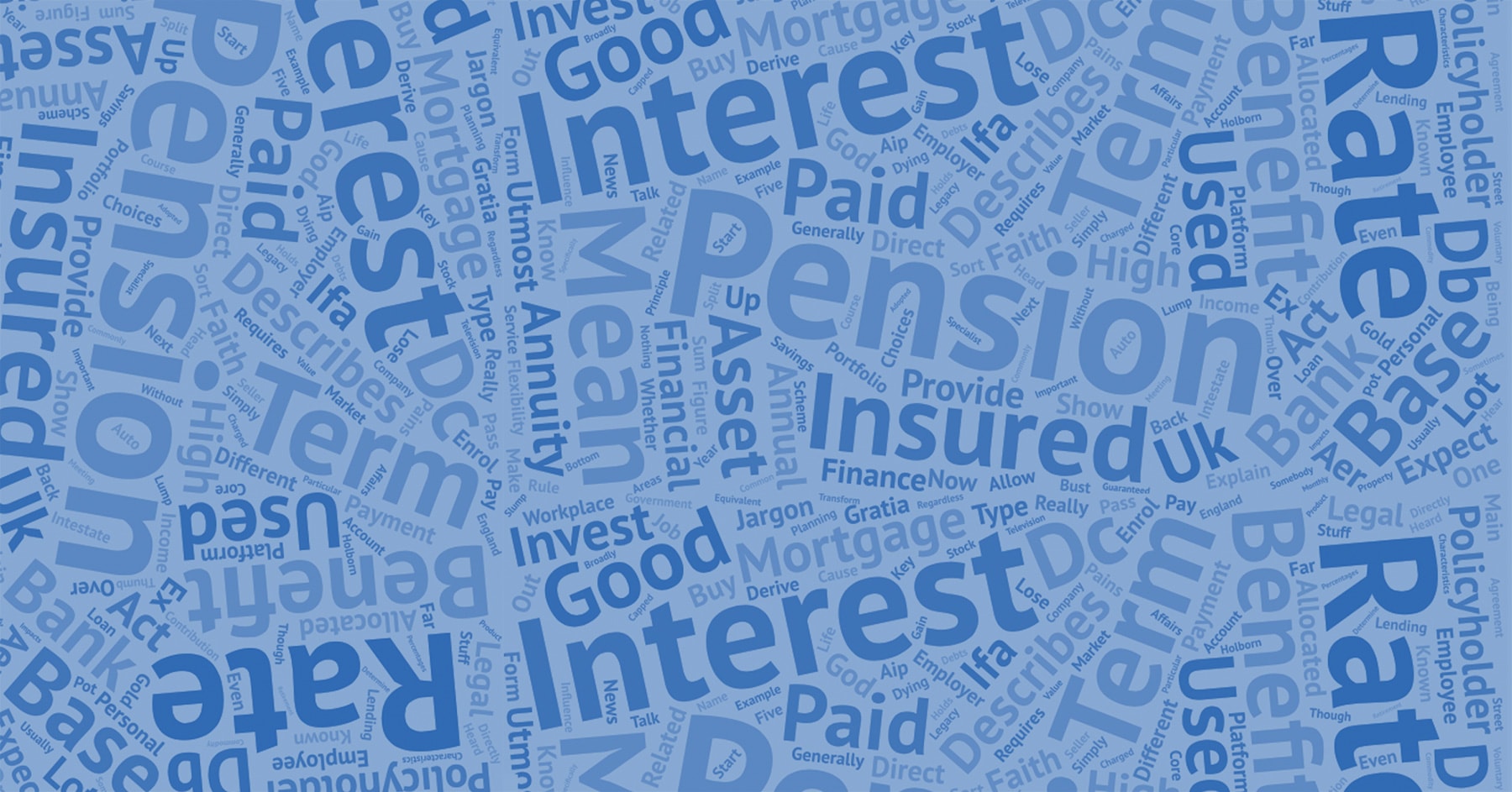 Does your IFA sometimes lose you when they are explaining stuff? It’s their job to explain your financial affairs simply. But there’s a lot of jargon in personal finance. You can only get so far by knowing nothing! Get a head-start on your next meeting with your IFA, as we get to the bottom of what some really useful personal finance terms mean. We bust some key jargon across all five of Holborn’s specialist service areas:

AER: Annual Equivalent Rate AER is a % figure. It commonly shows what savings rate you will get over the course of a year with a particular bank account. AER is a useful figure because it shows you the annual gain, regardless of whether the interest is paid monthly or annually. Asset Allocation Your IFA may talk about asset allocation a lot. The term broadly describes how your investment portfolio is split up – into different types of asset. Specifically, the term describes how different assets are allocated different percentages of the portfolio based on their characteristics. For example, a common rule of thumb in asset allocation is to invest 10% of your portfolio in the commodity gold. This is because gold generally holds its value when the main stock markets slump. Base Rate You may have heard about the Base Rate on television. The Base Rate is a banking term. It impacts directly on your own personal finances. How? Because it describes the rate of interest that the Bank of England is using in lending. And this Base Rate is often adopted by high street banks to determine – or, at least, influence – their own lending rates. So, if you hear that the Base Rate is high, expect high interest on your savings, and also high interest on any debts you have.

Annuity An annuity is a type of financial product related to pensions. An annuity allows you to transform some of your pension pot into a guaranteed income for life. Annuities derive their name from the fact the fixed income they provide is paid annually. In the UK, it used to be mandatory to buy an annuity with what are known as Direct Contribution (DC) pensions. Now taking an annuity is optional. It is just one of many choices available thanks to the Pensions Freedoms introduced by the UK Government in 2015. DC & DB pensions In the UK, there are two main types of pensions. There are DC (Direct Contribution) pensions and DB (Direct Benefit) pensions. DB pensions are workplace pensions that are dying out because they are too expensive to run for employers. DB pensions are paid by your employer with the payout based on your Final Salary. DC pensions, on the other hand, describes other workplace pensions as well as private pensions (such as SIPPs). DC pensions are characterised by a greater degree of flexibility for the pension-holder, and can be passed on as part of your financial legacy. Intestate It sounds like a painful medical condition, but “intestate” is actually a term that relates to your Will. If you are serious about your financial planning, then your Will should form the centrepiece of the legacy you pass on. So it is important. “Dying intestate” means that somebody dies without a Will – whether because they haven’t had one produced, or because they have but it has not been found; it can cause all sort of problems for surviving relatives.

Act of God Also know as “Vis Major” (Latin), “Act of God” is a term in insurance that describes circumstances in which loss is incurred on insured assets – but over which the owner is deemed to have no control. It ain’t your fault, in other words! The precise legal definition of Act of God derives from an old legal case, Nugent v Smith (1876): ““Natural causes directly and exclusively without human intervention and that could not have been prevented by any amount of foresight and pains and care reasonably to have been expected”. Ex-gratia payment An ex-gratia payment is usually good news for a policyholder. It describes a payment that the insurer makes even though there is no legal requirement to do so. An ex-gratia payment might form the basis of an out-of-court settlement, for example. Utmost Good Faith Insurance contracts are made in what is known as “Utmost Good Faith.” This means that legally it is understood that each party must be pro-active in sharing relevant information. Utmost Good Faith means, simply, that as a policyholder you can’t get away with saying ever “I didn’t know.” Your insurer can throw a claim back in your face if it is shown that you have not acted in Utmost Good Faith.

AIP (Agreement in Principle) An important term, this. Your Agreement in Principle from your mortgage lender is what you show to a seller in order to provide that you can afford to buy the property. Particularly in the UAE market, it is critical to get an AIP or risk not being seen by sellers or being gazumped. Capped Rate A capped rate gives peace of mind. It means that the rate of interest charged on your mortgage will never exceed a certain level – even though the rate may otherwise fluctuate in line with changes to the Bank of England’s Base Rate. Interest Only With an interest only mortgage, you really do only pay the interest on the loan. At first! But when the term of the loan is up, you are expected to pay back to the full lump sum on which that interest was charged. This means that a requirement of interest only mortgages is that you can demonstrate an investment vehicle to account for the lump sum; property is often used. Buy-to-let mortgages are generally interest only.

Auto-enrolment This term relates to workplace pensions. Auto-enrolment is a UK government scheme – now firmly in place – which requires companies to enrol their employees automatically in a pension scheme. This means you cannot work (other than freelance) and avoid having some sort of pension (other than your state pension) – which is good news! Employee Benefits Platform This means the technology, the software, that underpins a company’s provision of employee benefits. If you are asked to “interface with the platform”, it means “ log on to our website”. Platforms allow companies to automate the administration of benefits – which cuts costs. But, to the benefit of the policyholder, a lot more flexibility is usually provided; you can make your own choices online rather than have to get an appointment with somebody and exchange emails. Core & Voluntary Benefits There’s no trick here – this is one of those few bits of jargon that does what it says on the tin. Core benefits refers – as you would expect – to benefits which come as standard to the policyholder and are paid for by the employer. Voluntary benefits are chosen and paid for by the policyholder, and provided by the employer. 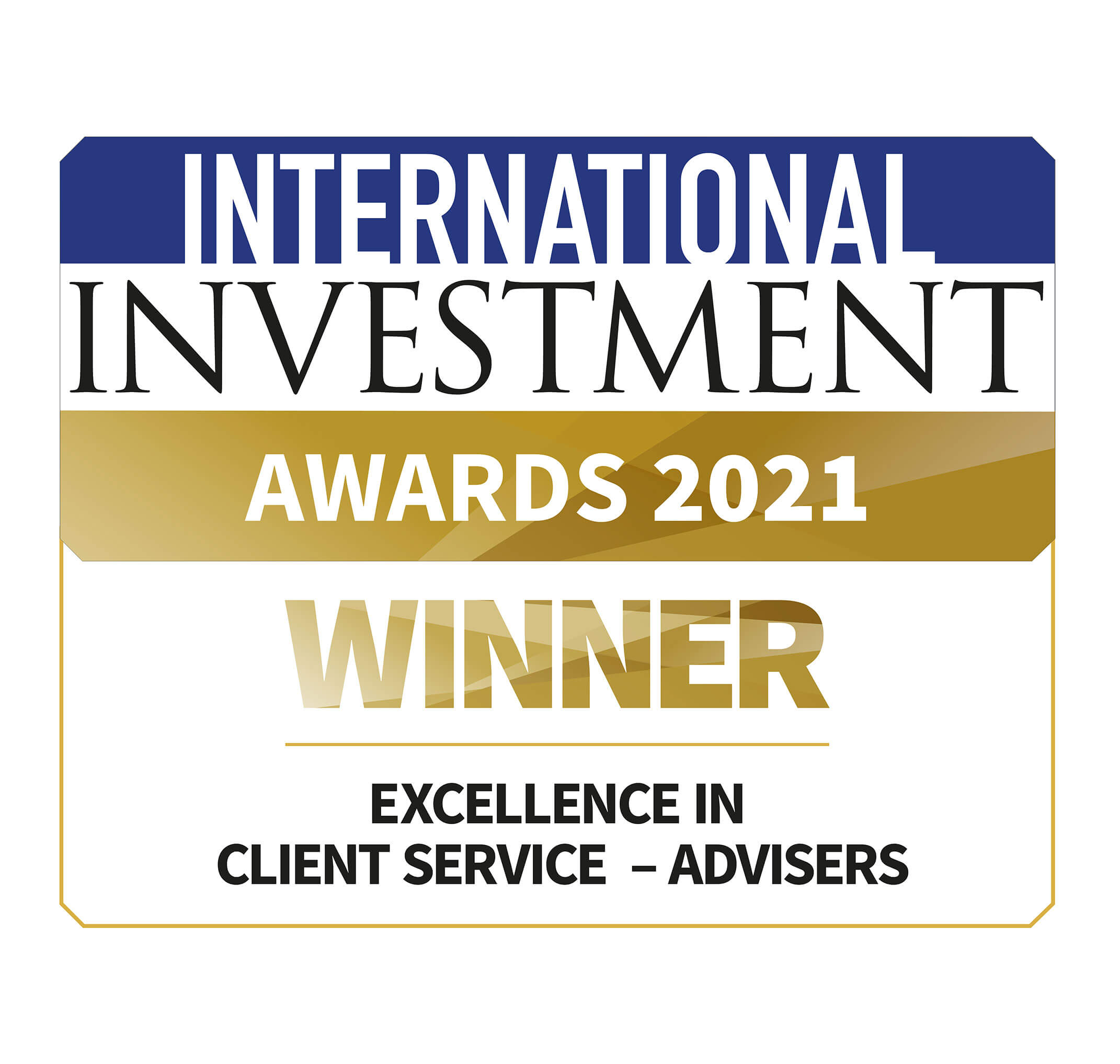 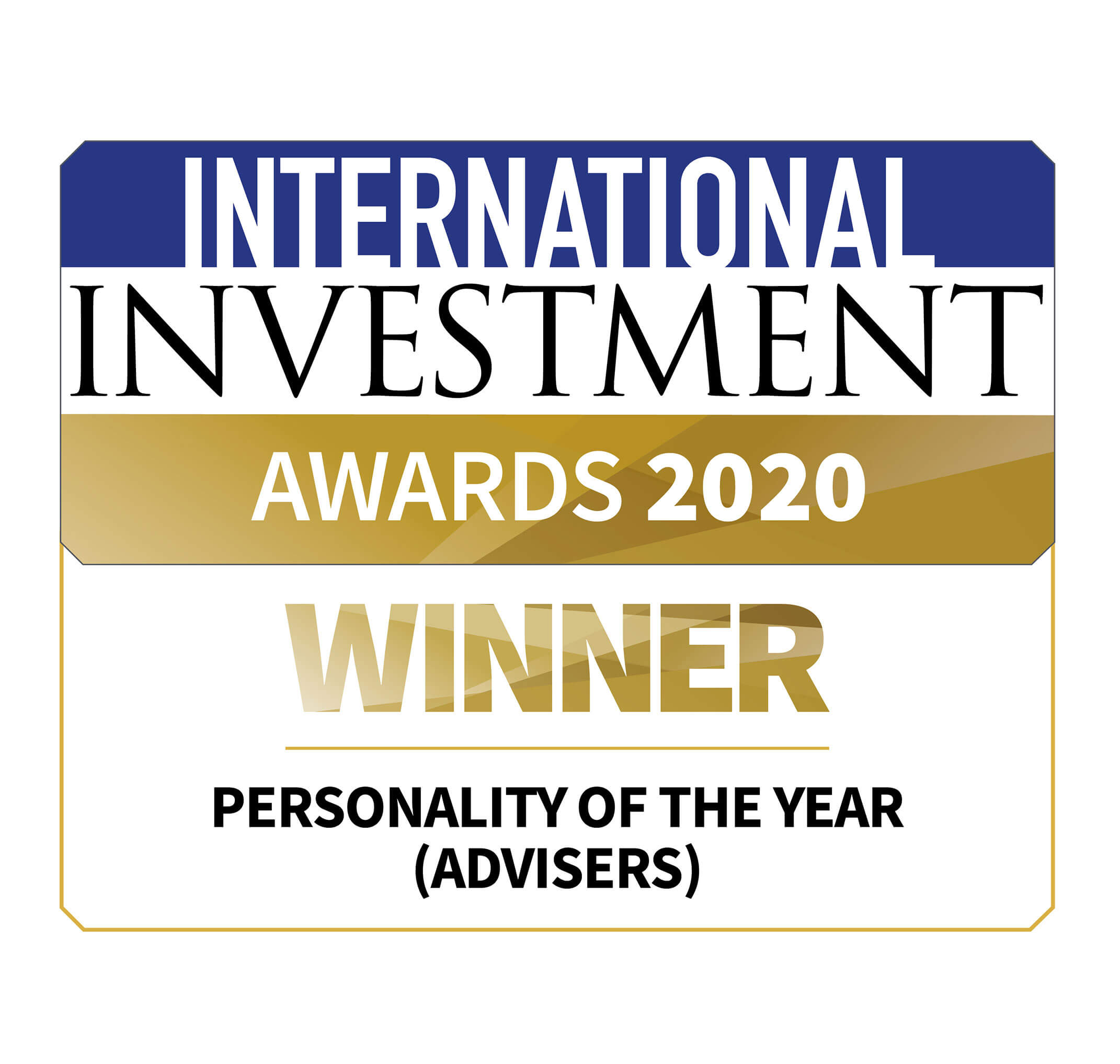 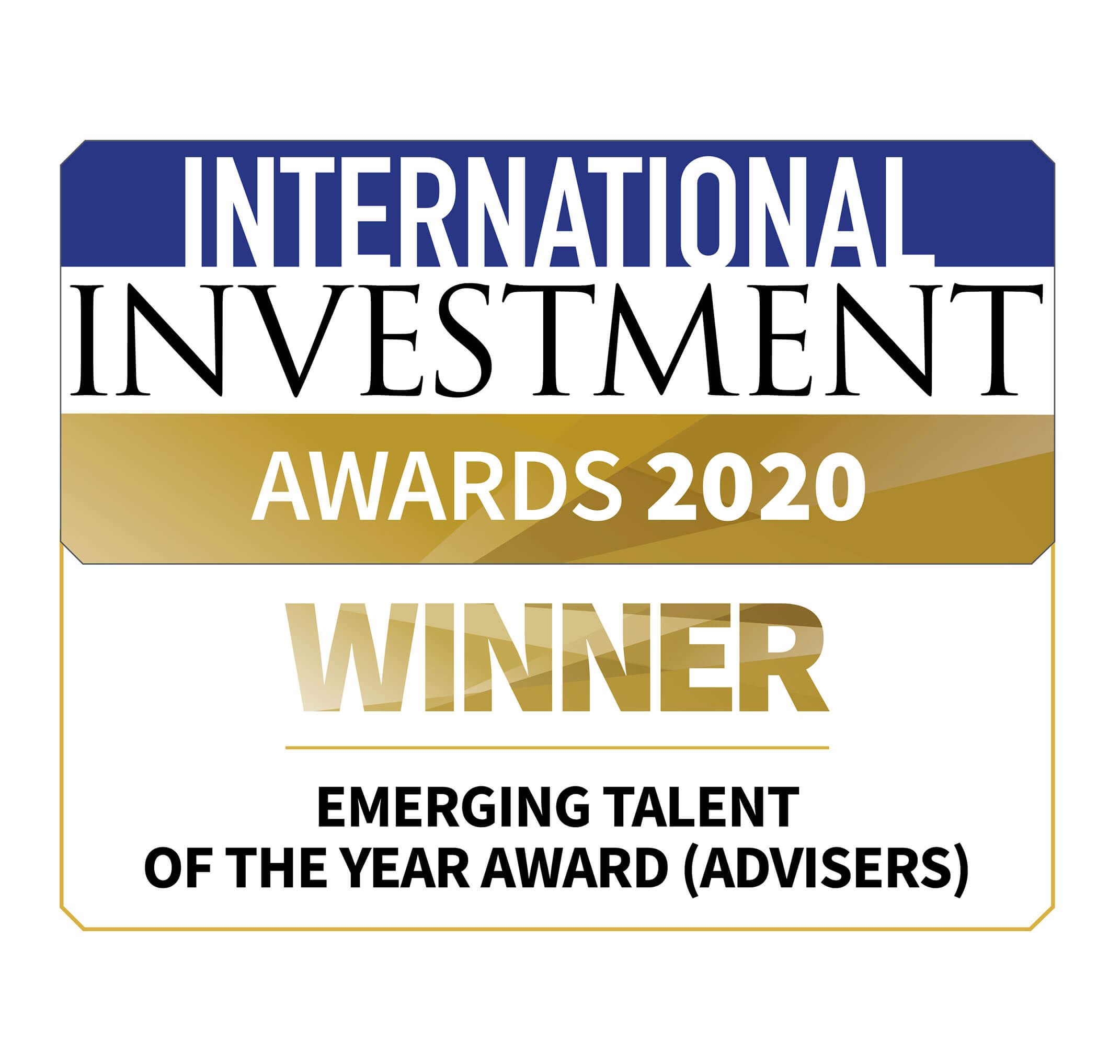 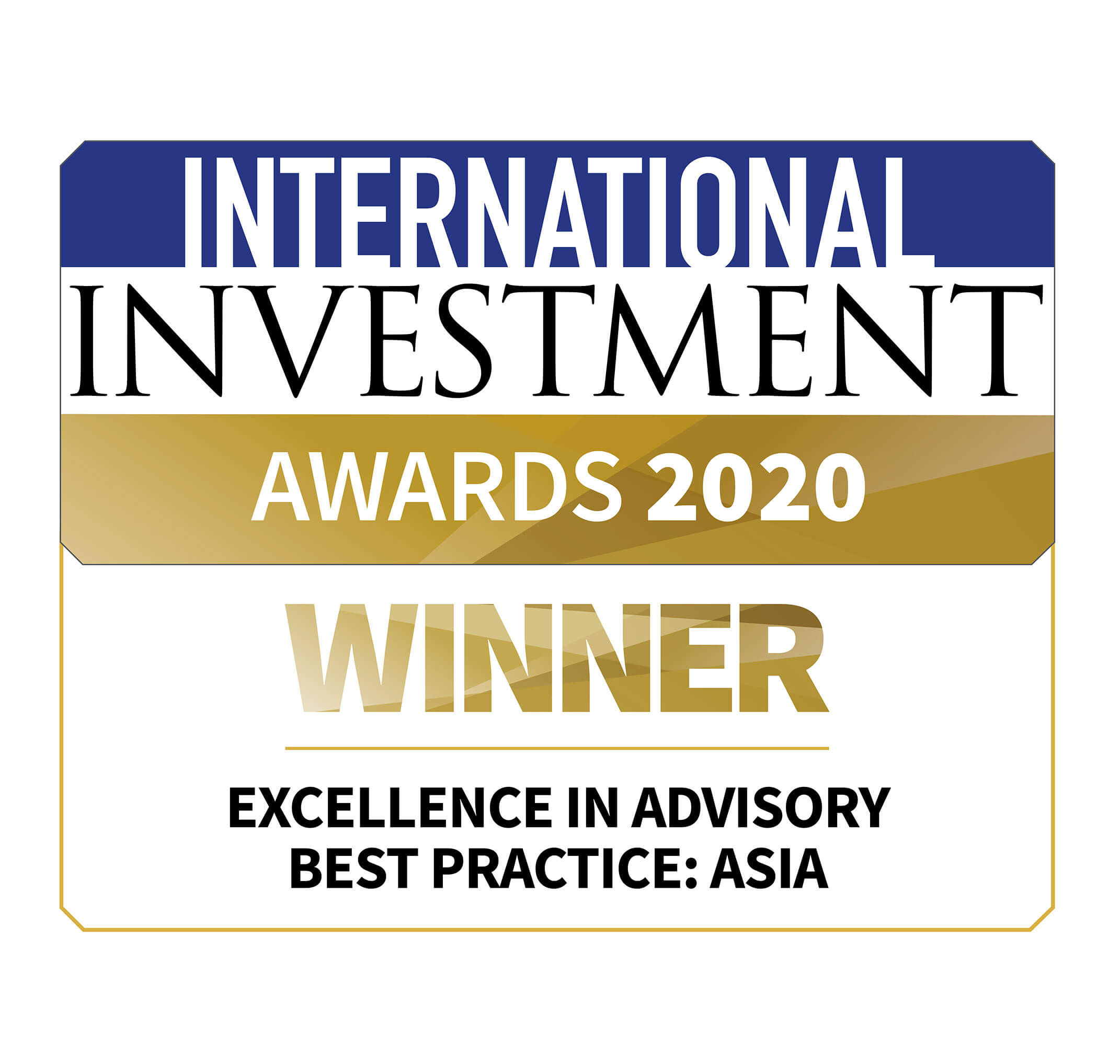